The Federal Government of Nigeria is considering to create another job recruitment opportunities for Nigerians. The new recruitment consideration called “NATIONAL GUARD “is to fill the space created between the Military and the Nigerian Police in handling and tackling security challenges and emergencies in the country.
The announcement was made open by Abdulrahman Dambazau, the Minister of Interior in Abuja at the courtesy visit of Maj.-Gen David Baldwin, the Adjutant General of the California National Guard, U.S to Nigeria.

Saying that FG had several years planned to establish a force like that, but the idea vanished into thin air and that many discussion will be made before establishing the NATIONAL GUARD in Nigeria.

Forming this force is as a result of the existing forces like the military handling some cases of security challenges in the nation which is outside their primary mandate or also overstretching the Nigerian police duties.

Commending the visit of the Adjutant General of the California National Guard, U.S, saying that it would aid in strengthening the cordial relationship among the two countries, in the aspect of security he pointed.

Maj.-Gen David Baldwin in his early speech said that he and his team are in Nigeria to bring about this relationship and partnership between the both countries. His team will be solely involved in training the Nigeria’s security agencies such as Nigeria Immigration Service, Federal Fire Service, NSCDC and Prisons under the Ministry of interior to combat security challenges in the country.
The General said that this training was slated for 2 – 3years for modern strategies of security and emergency operation to be embedded among the recruited persons.

The National Guard is a very strategic and cost effective outfit that has helped the U.S in tackling security challenges and emergencies such as flood, fire and other natural disasters in her region and it could also help Nigeria.

So if you are not yet employed into any of the FG’s job creation, this is your time to as https://www.naijarena.com.ng/ will bring the recruitment update to your door step once it begins. and also link you to the recruitment form page.

Naijarena.com.ng is a resource for jobs, recruitments, loans and scholarships for Nigerians and application tips for a variety of opportunities around the world.Naijarena.com.ng is not affiliated with the Nigerian Government or any agency you see on this website. All information post here is for educational purpose only.
@Naijarenacomng
Previous 2017 NIS Recruitment Screening Exercise Update | www.nisrecruitment.org.ng
Next N-Power Introduces New Defense Mechanism Called “Captain N-Power” 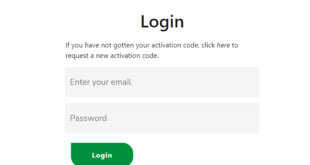 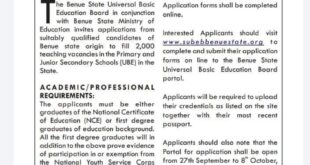