The Federal Government has lifted the ban on the conduct of examinations usually organised by universities for admission seekers after the Unified Tertiary Matriculation Examinations (UTME).

Continue After Advertisement
The Minister of Education Adamu Adamu said in Abuja that universities, polytechnics and other institutions were free to organise post-UTME screening as a pre-condition to gaining admission into public institutions.

He explained that the Federal Government scrapped the controversial examination in order to fully understand what was going on in the institutions.

The minister added that the government was now wiser regarding the conduct of the examination.

It will be recalled in in June last year at a combined policy meeting on admissions to Universities, Polytechnics and other higher institutions in Nigeria, in Abuja banned the examination.

He urged the institutions and its authorities to make the fees for the post-UTME screening affordable in order not to impose huge financial burdens on parents.

“The minister said: “We are going to allow universities to have some choice. Universities can now decide to organise post-UTME, if they want.

“We have asked them not to impose huge financial burden on the parents. The burden should not be more than what they can bear.”

He expressed confidence in the examination conducted by the Joint Admissions and Matriculation Board (JAMB).

Adamu, who hailed the management of JAMB for remitting N5 billion to the Federal Government, said the money was the highest so far in the last 40 years of JAMB’s existence.
SUGGESTED:  Nigerian AirForce Secondary Schools Results 2021/2022 Academic Session

Naijarena.com.ng is a resource for jobs, recruitments, loans and scholarships for Nigerians and application tips for a variety of opportunities around the world.Naijarena.com.ng is not affiliated with the Nigerian Government or any agency you see on this website. All information post here is for educational purpose only.
@Naijarenacomng
Previous NABTEB 2017 May/June Exam Results Out Online @ eworld.nabtebnigeria.org
Next JAMB 2017/2018 Official Admission Grading System & Cut-off Points 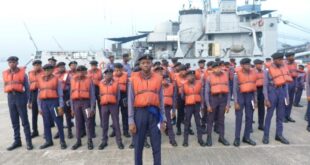 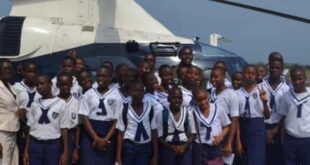